Is Undiagnosed ADHD Ruining Your Marriage?

The Case of the Unfinished Bathroom

“Am I crazy? Am I too demanding? I feel like I’m going crazy, I can tell you that!”

Sharon, a 36-year-old nurse and mother of two, was talking about her husband Jerry. 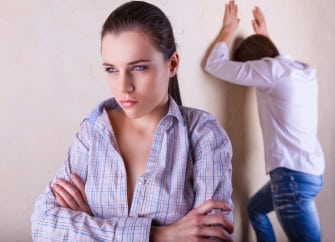 “He’s sweet, he’s affectionate, he’s supportive, he’s a good father, he doesn’t stay out late or run around on me. My friends all think he’s a wonderful guy. They don’t get why I’m so upset.”

“But something must be upsetting you,” I said.

She slumped on the couch and let out a huge, exhausted sigh. “I can never rely on him for anything. He forgets 90 percent of what he agrees to do. It takes five, six, seven reminders to get him to do one thing!”

She lowered her voice. “The truth is, I make a lot more than he does. But he’s constantly stressed out about his job. He’s always having to stay really late to get his work done. And if he takes his work home, it’s almost worse, because then he completely ignores the kids.”

“He’s so smart, but he’s miserable at work, always has been. He hasn’t gotten a promotion in three years and I don’t know why. He won’t explain it.”

“And then there’s …the bathroom.”

“Three years ago, he told me he could re-do our master bathroom for a third of the cost of getting a contractor. I told him it was a bad idea. He tore out the old tub and tiles and just left it that way. He refuses to let me get someone to finish the job. We have fight after fight about it. Meanwhile I haven’t had a bath in my own bathroom in three years.

“I love him, I don’t want to leave him, the kids love their daddy, but I can’t go on living like this! What am I going to do?”

Millions of American men and women have Attention Deficit/Hyperactivity Disorder, or ADHD, without knowing it, and have 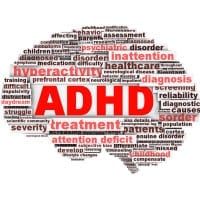 had it all their lives. If a person wasn’t hyperactive as a child and was smart enough to do well in school, his or her problems may have been overlooked. But the hallmark non-hyperactive symptoms of ADHD – disorganization, forgetfulness, problems with time management, difficulty starting projects that require a lot of thought and following through on them to completion, and inconsistent focus – were probably all there and have never gone away.

ADHD isn’t really a deficit in the ability to pay attention – under certain circumstances a person with ADHD can pay attention just fine. It’s primarily a glitch or defect in the systems of the brain that regulate, order and prioritize attention – that in effect, tell you what’s important to pay attention to, and how important that thing is compared to everything else.

When this system does not work as well as it should, all sorts of areas of life are affected, including work, organization, memory, time management, the regulation of emotions, and interpersonal relationships. No wonder it has such a profound effect on marriages!

Those who’ve never had many of the hyperactive or impulsive symptoms of ADHD are said to have ADHD, Predominantly Inattentive Type, or ADHD-PI.

During early adulthood, having ADHD-PI may not matter much – in fact, being quirky, a little “spacey” and somewhat laid back may be rather attractive and endearing. (Think Zooey Deschanel.)

But faced with the challenges of demanding jobs and raising children, a person with ADHD-PI can go into overload, with often severe and debilitating consequences.

Does Your Spouse Have ADHD?
ADHD is a lot of little problems that add up to one big problem. If you are the spouse of a person with untreated ADHD or ADHD-PI, there’s a good chance you feel angry, critical, burdened and over-responsible. You feel like you’re constantly nagging your spouse to do the simplest things. And if you are the person with ADHD or ADHD-PI, you feel overwhelmed by the daily demands of life (and your spouse), and little by little you feel like you’re falling behind your peers in your accomplishments. More and more, you feel inadequate, maybe even like a total failure.To see if your marital distress is being caused at least partly by your spouse’s ADHD, ask yourself these questions:

Answering “yes” to three or more of the above questions may indicate adult ADHD.

But first, if this looks like your spouse, ask yourself if she used to be efficient and productive. People don’t suddenly develop ADHD in adulthood. Symptoms like these could indicate severe depression. On the other hand, if your spouse has been diagnosed with depression, but has been like this for as long as you can remember and is taking anti-depressant medication that doesn’t seem to do much good, undiagnosed ADHD may be at its root.

So What Can You Do?

If you suspect your spouse has undiagnosed adult ADHD, it’s very important to learn more about it and look for someone in your area who specializes in treating it. Most people with adult ADHD respond to a combination of medication and ADHD-specific counseling or coaching. It’s no fun at all having undiagnosed adult ADHD. With help, your spouse can have a happier and more successful life, and the two of you may need help together to have a happier marriage. 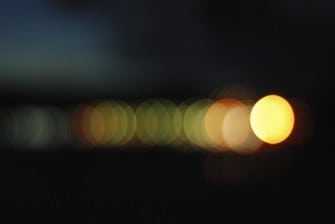 When Sharon began to understand how ADHD was affecting Jerry, she stopped feeling like he was deliberately doing things to hurt her, and began changing how she communicated with him, which got better results. Meanwhile, I helped her devise a way to introduce him to the idea that he had ADHD.

He was skeptical and a bit defensive at first, but the more he learned about it, the more the pieces seemed to fit. He began taking medication for it, which helped, and got coaching. As he learned how his ADHD was affecting his work life, he became more effective and productive, and he started working less hours while his self-esteem rose.

In joint sessions with Sharon, they both learned how the emotional patterns created by the ADHD had harmed their marriage, and they learned how to take better care of each other. She became less critical, and he worked at being much less forgetful and more reliable. Their marriage became close and loving again.

And she convinced him to hire a contractor to finish the bathroom.