The Emotional Side of Adult ADHD

Have you always been more sensitive than others to rejection, teasing, criticism, embarrassment, disapproval, or your own perception that you have failed or fallen short?

If you said “yes,” you’ve got company. Lots of it.

This was the question Colorado psychiatrist William Dodson, M.D. decided to ask his adult ADHD clients. Turned out nearly every one of them answered “yes.”

Welcome to the emotional side of ADHD.

There’s a name for continually feeling this way: “Rejection-sensitive dysphoria,” or “RSD.” It’s rarely talked about, maybe because it’s too painful, or shameful, to share. But it may be an even more important and central symptom of adult ADHD than all of those “executive function” deficits we always hear about, such as procrastination, disorganization, poor planning, hyperactivity and impulsivity.

If you’re like most adults with ADHD, you are painfully sensitive to criticism and disapproval. Though you may not admit it, you’re quick to feel terribly rejected. Secretly (or not-so-secretly) you are plagued by feelings of failure, even if you’re objectively doing very well. You frequently have the thought that people are thinking negatively about you. If someone you’re talking to is wearing a neutral expression, you may conclude that person doesn’t like you.

These aren’t just thoughts for you – they’re visceral reactions. A slightly unfavorable evaluation that someone else will shrug off or take in stride can make you feel literally wounded. The problem is, chances are it doesn’t help you at all if someone tells you that “you shouldn’t get so upset,” because the feeling is too strong.

Many adults with ADHD who have this sensitivity try to hide it. Especially the men. It’s so uncool, so counter to the way a man is “supposed to be” in our culture, to be sensitive, easily hurt, or less than confident! So a man who feels this way may try everything in his power to hide how he feels from others, and even from himself. 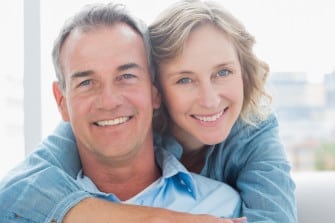 So he may “blow up.” Or quit. Or withdraw and never expose himself to situations where he might fail, or to people who he’s convinced will see that he doesn’t really measure up.

RSD probably is partly a result of negative childhood experiences – but it may also be part of the wiring, one more way the ADHD brain is wired differently.

Maybe you’ve noticed that people with ADHD feel life passionately? When they feel up, they feel on top of the world. And when they feel down, they feel absolutely awful.

Mastering adult ADHD is a whole lot more than keeping track of goals and getting to places on time. Let’s tame the dragon of rejection sensitive dysphoria together, so that you no longer see failure and rejection around every corner. You need and deserve to feel better about yourself — and you can! Because there is so much more to you than your deficits. When RSD no longer has an unconscious hold on you, you’ll be able to go places you’ve never been able to go before. And all of your relationships will improve – but most especially your relationship with yourself.